The castle was first mentioned in 1277 when the Duke of Legnica, Boleslav II the Bald, also referred to as the Horned called it “castro nostro”. However, the construction of a Gothic castle is connected with the rule of his son, Bolko I. During that time, the castle was surrounded with huge stone defence walls and a system gates. Brick residential buildings were erected as well. The teardrop-shaped tower, the only one of its kind in Poland, was built during this period. It is 25 m high and has got the so-called starvation dungeon on the ground floor. The stairs embedded in a thick 4.5 m wall lead to the higher floors of the tower.
Further Gothic development was carried out during the rule of Bernard and Bolko II. It resulted in combining the earlier buildings into one residential and utility complex, currently referred to as the Gothic House.
At that time the gate fortifications and external castle walls were extended, thus making it one of the most powerful fortress in Silesia, which also fulfilled the function of the duke’s treasury. Few elements of architectural design have survived from that time, but they include ground floor portals, a double arch window overlooking the yard and located on the third floor, as well as a small internal clover-shaped window.

After Bolko II died without issue, the castle and entire Duchy of Świdnica-Jawor were taken over by the Bohemian Crown, based on the dynastic rules.
The castle acquired its final shape in the 16th century. The development under the guidance of a famous architect, Jacob Parr, started in 1540. The residential building called Women’s House was built with a gallery leading to the existing structures transformed in the Renaissance style. The external fortification lines were expanded with new yards and bastilles adopted for the use of firearms. As a result of these works the castle covered the area of 7,600 m2 and therefore, it should be included among the largest castles in the Lower Silesia at that time.
It was often under siege during its history. In 1345 the Bohemian army led by the knights from Czerna attacked its walls four times without any success. It also remained unconquered during the Hussite Wars. Only in 1463 it was taken over after the attack of a Bohemian king, George of Podiebrad, who installed Knight Jan from Czerna here. The latter one soon became known for his robberies and thefts which made the infuriated townsmen, supported by Silesian towns, such as Wrocław and Świdnica, break into the castle in 1468 and hang the knight in the tower. In 1646, during the Thirty Years War, the castle was conquered by the Swedes, after its garrison was reduced to 40 landsknechts. As a result of intensive artillery fire with over 1,800 shots accompanying the fight, the castle was severely damaged. 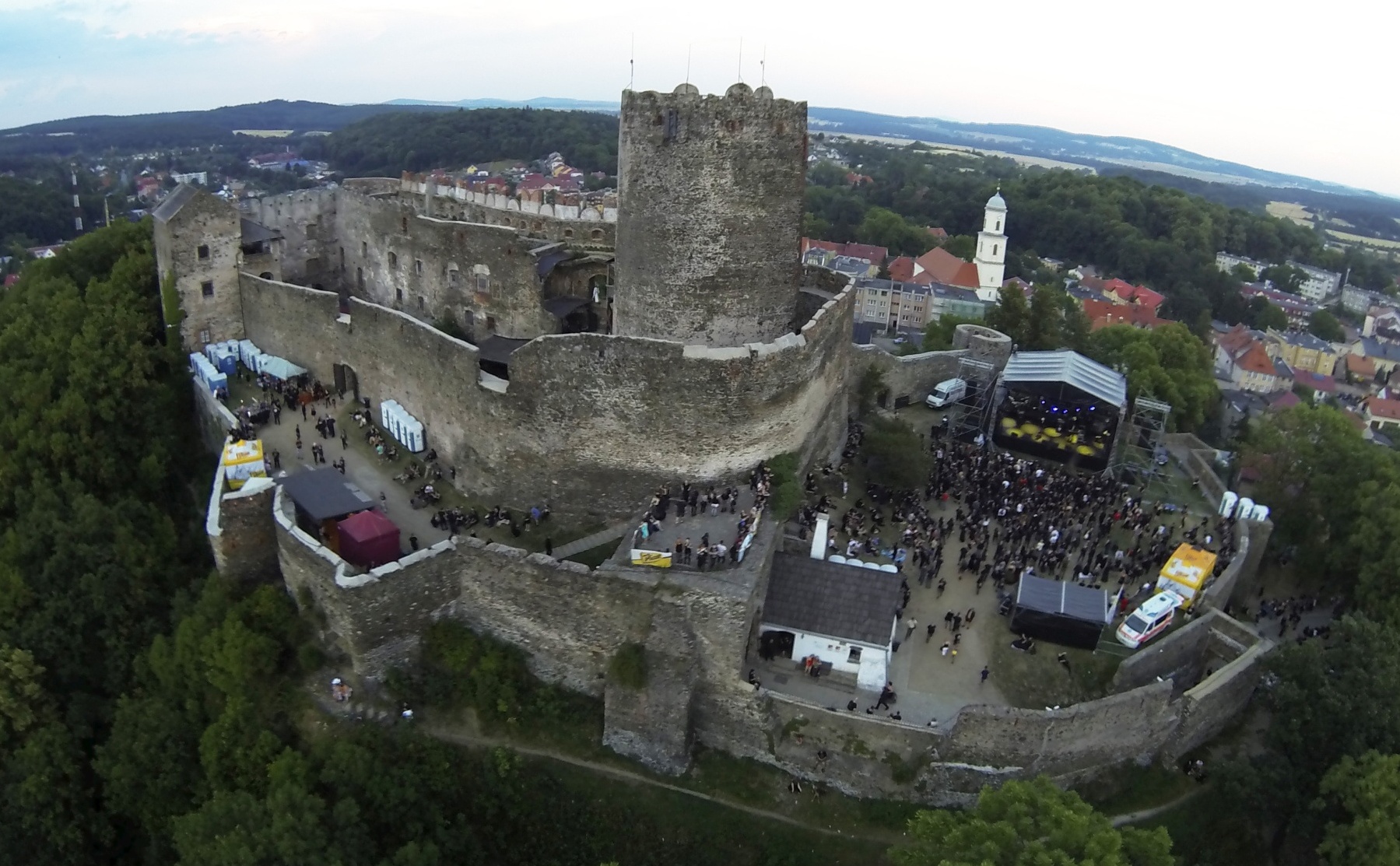 In 1703 it was bought by the Cistercian monks from Krzeszów. After the order was secularized in 1810, the castle was taken over by the Prussian state treasury. It was abandoned and gradually turned into a ruin. In 1885 the Municipal Council issued a permit for a partial deconstruction of the walls.
The securing works started in the first half of the 20th century. They were interrupted, but taken up again in 1994 and have continued ever since. At the moment, Bolków Castle Museum is a section of Karkonosze Museum in Jelenia Góra.
The exhibition premises of the museum are located in the renovated Women’s House. The first floor features a permanent exhibition called “Defence Buildings in the Duchy of Świdnica-Jawor”, and seasonal exhibition are shown on the ground floor.
Since 1994 the Knights Fraternity of Bolków Castle has been organizing its activities at the castle, thus contributing to the development and increasing the attraction of this landmark.